No, Salman Khan Does Not Drink Children’s Tears: How Speculative Reporting Allowed QAnon Theories To Spread in India

Indian society is already divided along many lines. Theories like Q will only widen the chasm, spreading harmful narratives and dividing the country further. 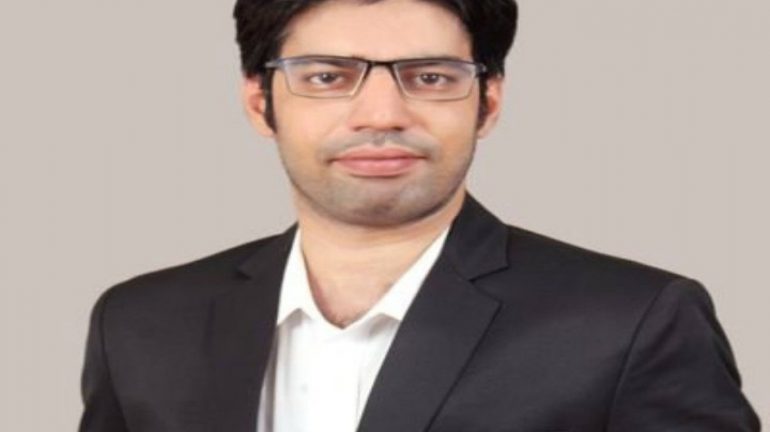 On September 14, a lawyer named Vibhor Anand published some big “revelations” on his Twitter account. His account is now suspended, but not before Anand told his 87k followers that the Bollywood elite is involved in drug and child trafficking. Anand shared a tweet with pictures of Bollywood stars Salman Khan and Jacqueline Fernandes, as well as members of the British Royal family with clumsily photoshopped bloodshot eyes. This image was almost an exact replication of those seen in other parts of the internet—the ones in which celebrities are seen with a bloodshot or black eye; so-called symptoms of “adrenochrome eye”.

Anand’s tweet was then screenshot and sent around WhatsApp networks. After this, videos about his “revelations” were made in different regional languages and Anand was asked to participate in panel discussions
hosted by YouTubers. His supporters claimed that by making such claims he is risking his life and therefore there must be some truth to what he says, and the comment sections of these videos show an outpouring of
admiration for him. When Anand reemerged on Twitter on new accounts—two of which were also suspended—he encouraged suspicion in his followers by asking them, “Why do you think they are suspending my account?”

“I am an expert at connecting the dots,” Anand claims in a YouTube video in which he talks to an Indian-American doctor about the “truth” of adrenochrome. Anand says that he has “proof” but never states what this proof is or who his sources are. The baffled doctor says that he has never heard of the adrenochrome drug, to which Anand insists that it is so expensive and that you can only get it from the brains of children subjected to extreme degrees of torture.

Anand goes on, saying that syringes are inserted into the child’s eye to collect adrenochrome from the brain. The doctor again states that he has never heard of such a practice and asks Anand if he is medically qualified. He warns that if he isn’t, then he should refrain from talking about what he doesn’t understand. Anand then tells him that researchers at Harvard know the truth about adrenochrome and so does the FBI. In other videos, there are inconsistencies in Anand’s explanations as to how adrenochrome is extracted; he can’t seem to decide whether the source is the brain or the stomach. To complicate matters further, he also claims that Salman Khan drinks the tears of the children he tortures.

Does adrenochrome exist?
Adrenochrome—better known in the medical world as Carbazochrome—is a real compound that can be bought online for ₹ 40,000 a kilogram. It is the product of oxidising lab-synthesised adrenaline, and large quantities can only be produced synthetically. Its main use is to slow blood loss by promoting clotting in open wounds. However, it is not widely used in medical science.

All other conjecture about adrenochrome’s psychotropic and
vitality-inducing qualities can be traced back to the American writer Hunter S. Thompson. In Thompson’s novel, Fear and Loathing in Las Vegas, he fictionalizes adrenochrome. His character, Dr. Gonzo, says that

it can only be obtained from the adrenaline glands of a human body. Adrenochrome does not come from the bodies of captive children let alone human bodies. It does not make you younger, nor does it get you high.

In a few other videos, Anand states that Salman Khan has a penchant for young boys and that Aditya Thackeray—the son of Maharashtra Chief Minister Udhav Thackeray—is a pedophile. He claims that both Salman Khan and Aditya Thackeray keep trafficked children at their respective farm houses. Following these speculations, Republic TV journalists were arrested for trespassing at Thackeray’s Karjat Farmhouse. This “revelation” about Bollywood and other outlandish claims have made Anand famous. He began asking for donations for his “unbiased” news channel, something he had previously attempted in 2018.

A closer look at Anand shows that he fought a case against his university chancellor for not promoting him in law school due to his poor attendance and malpractice during exams. His father—an advocate called VK Anand (who also defended the accused in the Nirbhaya case)—helped him with the case.

In 2013, after the Delhi gangrape case, Anand announced that he was writing a book on the case titled The Naked Reality. The book is yet to see the light of day. In 2019, he stated that the Delhi Chief Minister, Arvind Kejriwal had ordered his assassination. The Mumbai police arrested Anand on October 16 for spreading conspiracy theories around the death of Sushant Singh Rajput. In response to his arrest, his followers on Twitter have started the hashtag #nationwithvibhoranand. On his Telegram channel, he is being hailed as a hero and a “brave warrior.”

How are Anand’s stories gaining ground?
In different times, Anand might have been dismissed as an attention seeker making up tall tales, but his personal brand has been boosted by irresponsible reporting by mainstream television news organisations.

While covering the Sushant Singh Rajput case, Indian Television news channels indulged in speculative reporting. Everyone “felt” something had to have gone wrong, that there had to have been some foul-play. Almost instantly, there were war cries resounding all over social media asking for justice for Sushant and the arrest of his girlfriend, Rhea Chakraborty.

We identified a coordinated inauthentic behaviour coupled with bot-like activity that amplified the hashtags #justiceforsushant and #cbiforssr. In an attempt to find out what really happened, psychics and tarot card readers allegedly made contact with Sushant’s spirit, WhatsApp messages ran into essay lengths about the “facts” and “proof of what really happened”, about how his death was not just related to depression but something more menacing.

One of the many implausible theories circulated in this way was that not one but two bodies were recovered from the Sushant’s apartment—the other being that of a teenage girl who Sushant had allegedly rescued. This very same message then contained more speculation about how the case may pan out: Bollywood’s drug and child trafficking racket would soon be exposed, it said, as well as links to the underworld and Pakistan’s intelligence agency ISI.

These messages started making the rounds on WhatsApp right before the CBI took over the investigation. Almost at equal speed, conspiracy theories on social media—usually shared first on YouTube channels—made their way to mainstream news channels where they were debated with fervor.

On October 3, after months of speculation, the forensic team at the All India Institute of Medical Sciences ruled out the murder of the celebrity, confirming that it was a suicide. Once again, there was disbelief among conspiracy theorists on social media. On October 14, 15 and 16 there were “Memorial Yatras” in Patna, Varanasi and Kolkata.

Q sets foot in India, but not as Q
In the backdrop of all of this, Anand has seized on the opportunity to neatly co-opt what in the American part of the world is better known as the QAnon Conspiracy theory. Q is an anonymous figure who claims to be
a high-level government employee. Q claims to release confidential information (known as ‘Q Drops’) that is only privy to the highest level of government. Anand aims to replicate this same method citing mysterious “sources.”

“Q Drops” are often cryptic and they redirect the followers to Q research groups and forums where YouTube videos and memes are shared. This material is in turn posted across social media platforms and the conspiracy organically grows.

The followers of QAnon, egged on by way of Q drops and specialised aggregation websites, believe that the Hollywood elite along with Democrats run a child-sex trafficking ring and extract adrenochrome to promote their own youth and vitality. They also believe that this cannibalistic pedophile cabal is secretly controlling the world, and that Donald Trump is working to overthrow them.

In the U.S., QAnon has gained more popularity from the tacit approval of President Donald Trump. If that wasn’t enough there are at least 21 state legislature candidates who have espoused QAnon beliefs. A recent poll states that 56 percent of Republicans believe the theories of Q. With the U.S. elections underway the false narratives and hypotheses pushed by QAnon have controlled the way organic discussions take place online. Hashtags commonly used by Q supporters on Twitter and Facebook drown out legitimate movements like #MeToo and those related to climate change. For comparison, there were 22,232,285 tweets using #Qanon and related hashtags such as #Q, #Qpatriot, and #TheGreatAwakening in 2019—an average of 60,910 per day. The total exceeded other popular hashtags such as #MeToo (5,231,928 tweets in 2019) or #climatechange (7,510,311 tweets).

Anand’s inconsistency of claims and attempts to stay in the spotlight may not last long, but there is a good chance that the narratives he lifts from the lore of QAnon are likely to live on in public memory; his theories have already helped him gain a significant number of followers, and there already exists an established conspiracy network around QAnon.

According to a recent report by the National Crime Records Bureau, more than 600 women and 180 children go missing every hour in India. Being wedged between two major illegal opium-producing areas, the Golden Crescent and the Golden Triangle, India has become both a destination and a transit route for drug trafficking. According to the Narcotics Control Bureau of India, 49,450 cases were registered for drug seizures in 2018. As child- and drug trafficking are real problems, a sudden upswing in online vigilantism prompted by a QAnon-style conspiracy in India could obscure the efforts made by authorities and organisations seeking to address these problems.

The coming of Q to India not as Q but via a nondescript lawyer in search of his two minutes of glory may at first seem frivolous, but it’s not. Q lore has been adapted to take on local issues in India. This can be leveraged for political gain at a later date. The death of Sushant Singh Rajput has gained new purpose in the light of the Bihar Elections. The cries on social media were in part driven by deliberate hashtag manipulation. Sushant, from the state of Bihar, died in Maharashtra, a state that is ruled by Shiv Sena, a party that defeated the BJP in the 2019 state elections. There is already an existing crossover between conspiracy theories and Indian politicsin the hashtag #nojusticeforssrnovote, making now a timely opportunity for false narratives to latch on to politics.

Indian society is already divided along many lines. Theories like Q will only widen the chasm, spreading harmful narratives and dividing the country further.